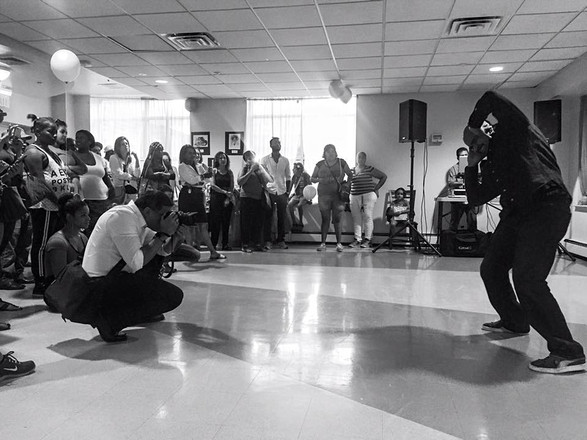 Ed Alvarez is a first-generation Nuyorican raised in the South Bronx in the late 1960's. His parents migrated to the South Bronx from Puerto Rico in the mid 1950's. Ed is primarily a cultural and community events photographer, attending various events throughout the South Bronx and outer boroughs. Ed's passion for photography came through inspiration during the Seis del Sur exhibit at the Bronx Documentary Center in 2013, which featured a collection of photos taken of the South Bronx from 1970 to 1990. Soon after the exhibition, Ed purchased a digital camera and since then, he has not put it down. He began attending events in hopes of honing his skills as a photographer and focusing mainly on candid photography. Ed's awareness has grown and he has realized the importance of documenting and archiving these events to preserve the culture, pride and talent that flourishes throughout New York and especially his home, the South Bronx. Ed's long term goal is to focus on documentary photography and put a collection of work together that features the cultural diversity in New York. Gentrification is rapidly growing in the South Bronx. Therefore, it is imperative that these events be documented for future generations.